… and that may not be such a bad thing 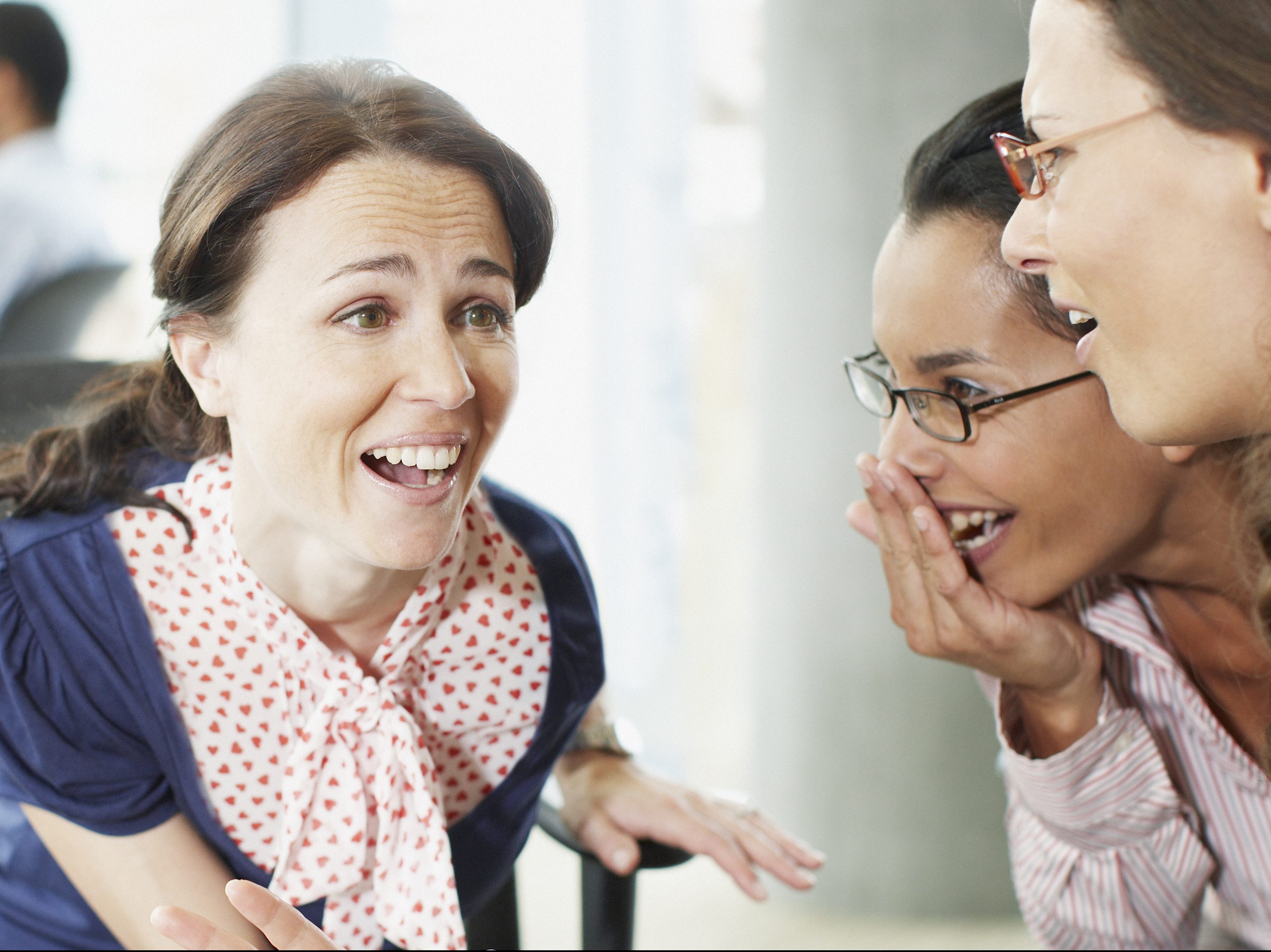 Call it an epidemic. Juicy gossip, jealousy and drama are rampant among many white-collar professionals.

In total, a whopping 72% of business professionals admitted to gossiping about workplace issues or coworkers while at the office, a new Office Pulse study of 529 white-collar workers found. All that gossip adds up. On average, American workers spend about 40 minutes per week solely gossiping. While a few minutes here and there may seem small, that time amounts to nearly 33 hours per year – almost a full work week. That doesn’t even take into account time spent on social media, surfing the web or general water cooler chit chat.

The daily rumor mill wasn’t just segmented to a specific group of workers. Numbers were high across all age groups, genders and management levels.

Do you ever gossip about workplace issues or your coworkers while at the office?

Gossip Girl? Quite the opposite

While fewer men admit to gossiping, those who do admit to it really commit. Women said they gossiped about workplace issues nearly 34 minutes a week, while male professionals are the bigger blabber-mouths, gossiping for just shy of an hour every week.

Affairs and love triangles were a hot topic throughout many offices, but, surprisingly, those weren’t even the most scandalous rumors. While we can’t confirm or deny that any of these are true, professionals have heard some far-fetched gossip.

What’s the most outlandish gossip you’ve heard going around your office?

“A guy said our manager was breaking in his apartment drinking his wine and eating [his] cheese. No lie!,” according to one female professional.

“Someone borrowed money from another co-worker to pay a loan shark,” a male worker said.

“That they were using conference rooms to conduct their own outside business work,” one GenXer claimed.

“That they stole products and sold them at a local store and kept the money,” another affluent male worker said.

My Office is Basically Mean Girls

While you probably don’t have a Regina George running around your office jotting notes in a workplace “Burn Book,” most say that the high school clique-factor stays true once they enter the workforce. In fact, 72% of professionals said their office is at least “kind of” cliquey, and, in these cases, the divided environment coincides with a toxic workplace. When breaking it down, 12% of workers said their office was cliquey, describing it as “basically the movie Mean Girls,” another 60% said their workplace was “kind of cliquey.” 28% said there are no cliques; they’re “one big happy family.”

Respondents who reported having a “cliquey” office spent double the amount of time gossiping during the workday and were also much more likely to be jealous of a coworker.

Despite the above nefarious consequences, gossip is not without its merits. Over a quarter (29%) of professionals said that the gossip going around their office is their “main source of information about what is going on in their company.” That statement was particularly true for Millennials, with 41% saying gossip informed them about workplace news.

And while gossip does have a negative connotation associated with it, there may be some other benefits to the buzz. Some studies suggest that gossip can help relieve stress and even help with self-improvement. A study from the University of California, Berkeley, found that when people learn about bad behavior through gossip, they learn how not to act.

All this gossip can build up, creating jealousy among coworkers. While 38% of business professionals said they’ve been jealous of a coworker because of their success, that number spikes when looking specifically at Millennial workers (48%).

Not all officemates are enviable, however. Respondents identified the personalities they feel are the worst type of coworker, most of which won’t surprise you. Passive aggressive employees (24%) and drama queens/kings (21%) topped the list, while ‘know-it-all’ coworkers (19%) weren’t far behind.

Who do you gossip about?

The next time you gossip around the office, don’t think that it’s necessarily a bad thing. The grapevine could be building workplace relationships or even developing an inter-departmental circle of trust.

About the Author: Nicholas Vitukevich

Nick is a member of the Office Pulse Editorial Team and a Features Editor at Captivate. He describes himself as a news junky, sports enthusiast and lover of bourbon.